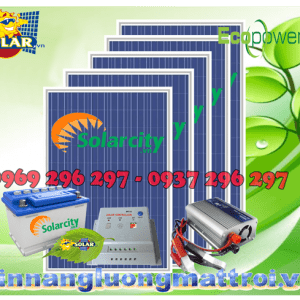 Advantages of INDEPENDENT SOLAR POWER SYSTEM:
· When power is cut, there is still electricity.
· Independent of the national grid, it can be used for mobile applications.

Applications:  Households, farms, health stations, ranger stations, schools, motels, eco resorts … where there is no electricity or electricity is interrupted, or there is a power outage.

Solar panels  solar panel :  When the sun panels will convert sunlight into energy direct current (DC). This current flows through the charge controller to charge the battery

Power Inverter size:  C ó functional power converter DC from the battery into AC sine 220VAC / 50Hz for use with AC loads. The total capacity of AC loads must always be less than the maximum capacity of INVERTER. Especially for AC loads with large starting currents such as pumps, air conditioners, refrigerators, etc., the capacity of   INVERTER  must usually be 2 to 3 times higher than the nominal capacity of these loads.​

– Solar does not require any fuel, completely free and practical.

– Help you save money on electricity for your family monthly.

The use of solar power as a local energy source instead of traditional forms of energy not only contributes to saving electricity for the family, reducing the growing demand for energy for the country, but also contribute to economic development and ensure national energy security.

· When there is a power cut, there is electricity.

· Independent of the national grid, it can be used for mobile applications.

Some pictures of installation and application of the system: 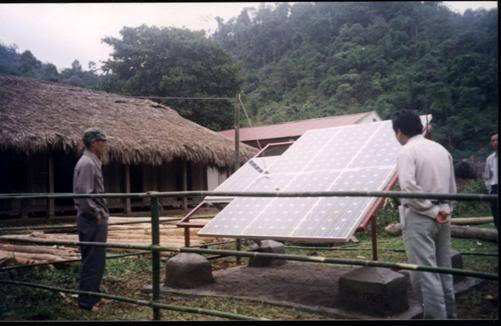 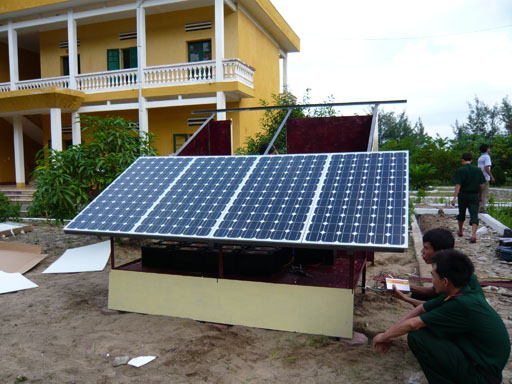 To get the solar power system suitable for your family, please contact us at the address below to get the best price advice and support, we will advise and design. The system conforms to your requirements. In addition, we also receive the design of construction systems, construction of centralized solar power stations for areas without grid electricity such as borders, islands, remote and isolated communes….